The San Emilio Forest Dynamics Plot (SEFDP) is located in the Área de Conservación de Guanacaste (ACG), Sector Santa Rosa, Guanacaste Province of Costa Rica. The forest is a seasonally dry tropical forest with a distinct wet (June–December) and dry (January–May) season with the annual rainfall totaling approximately 1,500 mm. The annual rainfall over recent decades seems to have declined in this region likely due to an increasing El Niño frequency.  We have found that there has been a directional shift in the floristic and functional composition and dominance throughout the forest primarily in response to increasing drought but also that some forest locations (the more wet and mesic areas of the plot) are more susceptible to change.  Several habitat types exist within the plot, including: a ridge, slopes, a mesa top, and a valley bottom.

The SEFDP is heterogeneous in age. Based on observations from local inhabitants, roughly a third of the SEFDP is approximately 100 year-old secondary forest on a site previously subject to cattle grazing and banana cultivation.  This age has been independently confirmed from maximum ages of large trees as determined by tree rings.  Another third of the San Emilio forest is likely closer to 120-170 years old, as reflected in the size of the trees, species composition, and known land use relative to other regions. The remaining third of the plot is mid-age based on species composition and tree size intermediate between the two other relative age classes.  Thus the SEFDP, like most Central American dry forests, is a successional forest with the stage of succession varying spatially, but it is considerably older than trait-based successional studies in other tropical dry forests.

The SEFDP was originally censused in 1976 by George Stevens and Stephen Hubbell, where all woody stems with a diameter  ≥ 3 cm at 1.3 m off the ground (including lianas) had their diameter measured and their spatial location in the plot recorded. The area of the plot was 14.4-ha. The original SEFDP data was digitized from the original computer cards by Brian Enquist in 1995, and data quality control on the original survey was conducted by Stevens and Enquist. The plot was recensused in 1995-1996 by Enquist using the same methodology as the first census. A third census of the SEFDP was led by Nate Swenson between 2006 and 2007 using the same methodology. A fourth census, led by University of Arizona PhD student Adam Chmurzynski, occurred in 2019-2021 where all woody stems including lianas ≥1cm were mapped within 15.64 hectares of the San Emilio forest. This survey complied with ForestGEO protocols. 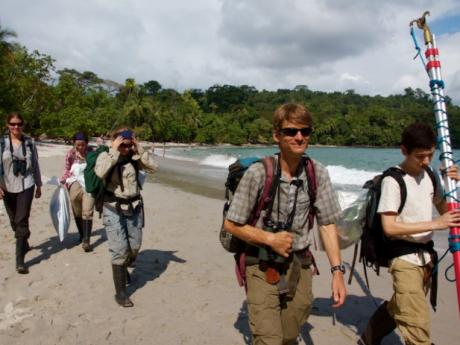 Macroecology Lab @ The University of Arizona 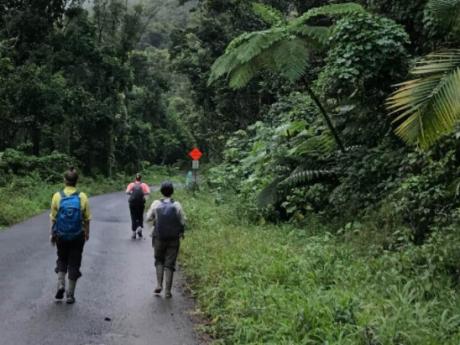